Unfinished Business is a critical examination of the streets and street life of the City of Vancouver and its environs. The exhibition explores the history of 'street work' from a key period in the city's development. This thirty year period was chosen for several reasons, one of which was to acknowledge the work of Fred Herzog, who has photographed the city since 1954, more or less launching the post-was photo documentation of Vancouver. At the other end of the thirty year period is Expo '86, the world's fair that forever changed the city. The main subject of the exhibition is quotidian Vancouver - our everyday urban reality as it happened to be captured on film. The photographs of Vancouver's street life in the exhibition take the city's pulse in it's last years as a "small town on the coast." 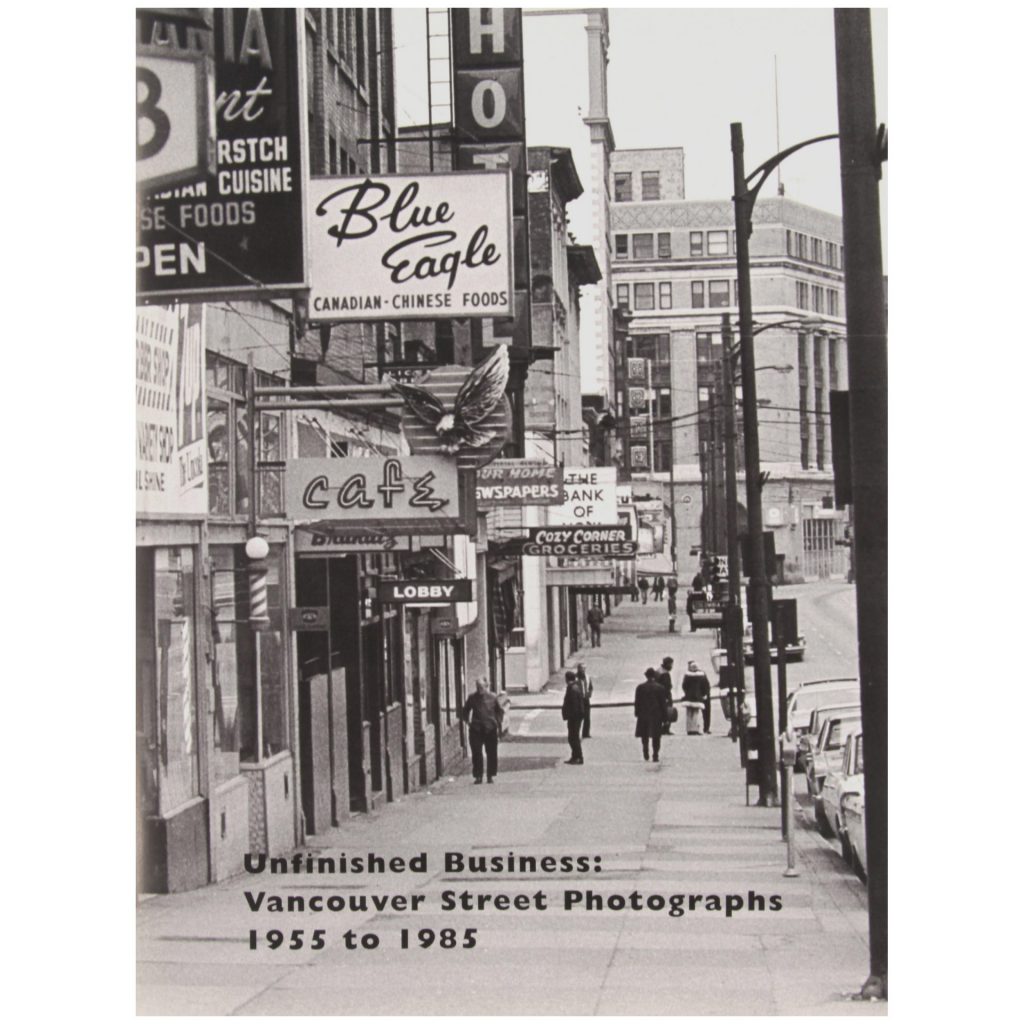 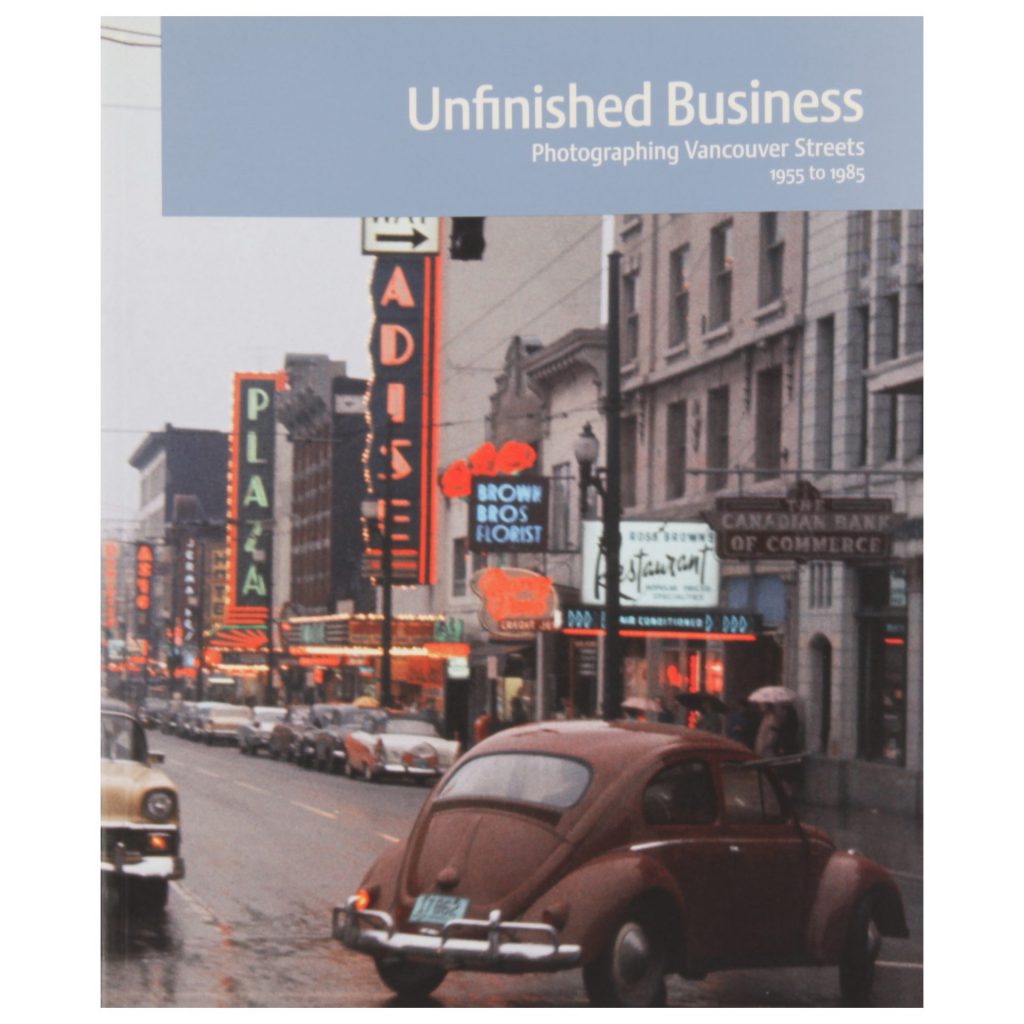