In this episode, a conversation between photographer Mark Ruwedel and art historian John O’Brian. 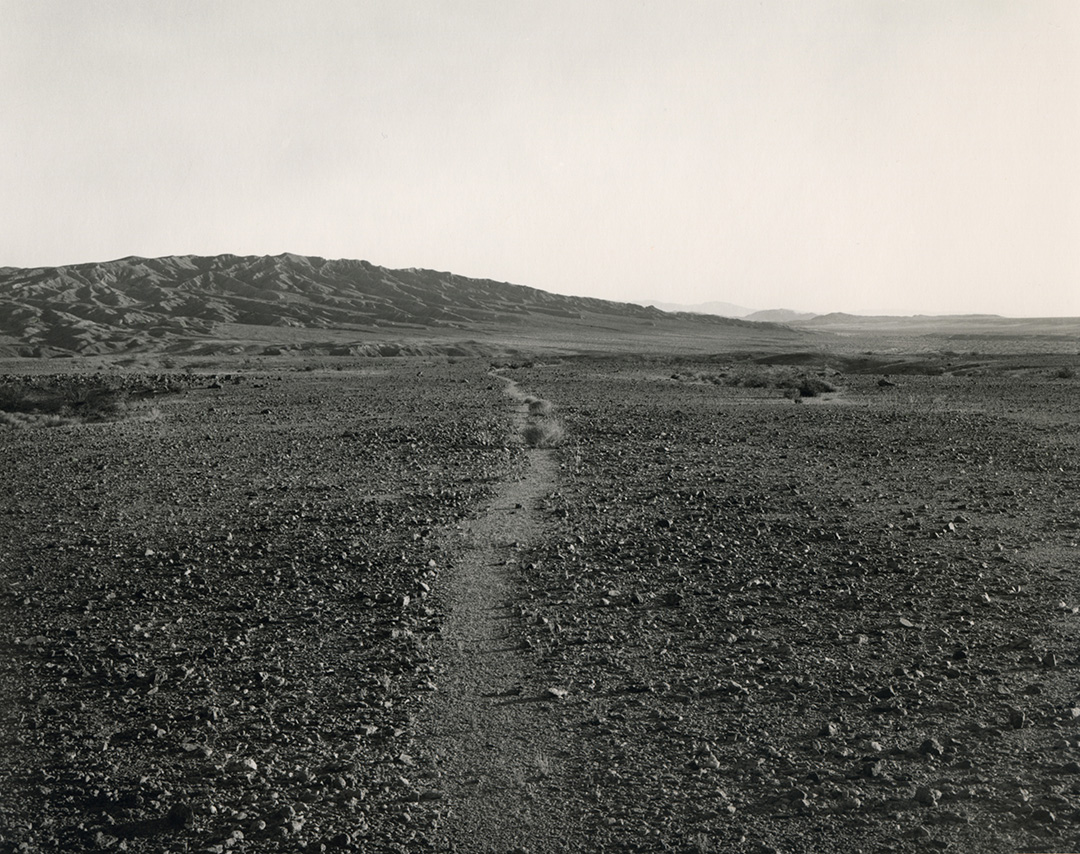 Mark Ruwedel, Lake Manix, Ancient Trail to the Mojave River, (Where the River Comes to the Surface), from The Ice Age series, 2001

Mark Ruwedel is a renowned American/Canadian photographer who divides his time between Long Beach, California, where he taught photography at California State University, and Refuge Cove in coastal British Columbia. In 2014 he was awarded both a Guggenheim Fellowship and the Scotiabank Photography Award and was shortlisted for the 2019 Deutsche Börse Photography Foundation Prize.

John O’Brian is an art historian, writer, and curator. He is Professor Emeritus of Art History at UBC. His current research is on nuclear photography in North America and Japan. John is the author, co-author or editor of 20 books, including “Camera Atomica” (2015), which accompanied his curated exhibition of the same name at the Art Gallery of Ontario. In 2011 he received the Thakore Award in Human Rights and Peace Studies from Simon Fraser University. 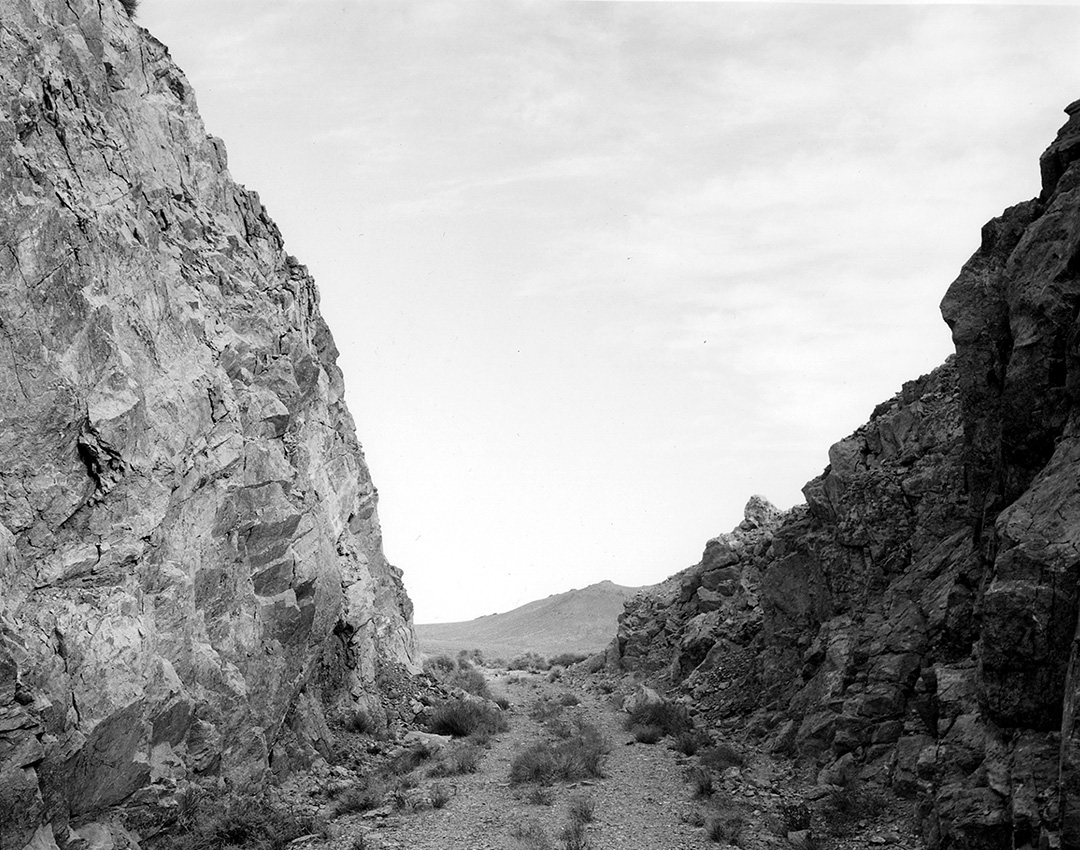 Mark Ruwedel, Las Vegas and Tonopah, from the series Westward the Course of Empire, 1997

In 2003 Presentation House Gallery organised Written on the Land. It was Mark’s first exhibition of photographs from his oeuvre that revealed what has become his ongoing search for new readings of landscape as ‘critical texts’. 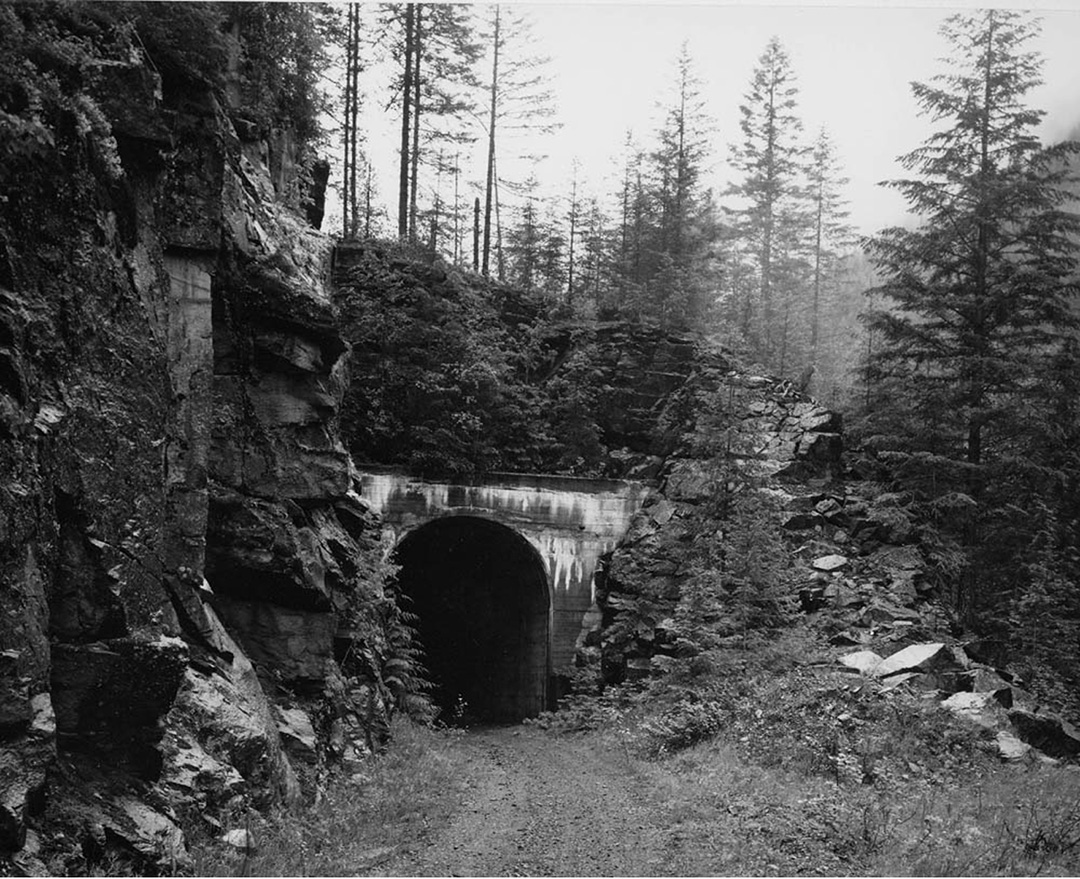 Mark Ruwedel, Las Vegas and Tonopah, from the series Westward the Course of Empire, 1997

As Mark has said, “Landscapes, inscribed with the evidence of many pasts, are historical archives. My work may be defined as an inquiry into the histories, cultural and natural, of places that reveal the land as being both a field of human endeavour and an agent of historical processes.”

The exhibition was curated by Karen Love and accompanied by a 64-page catalogue with essays, available in our bookstore and one of his few books that is not out of print. 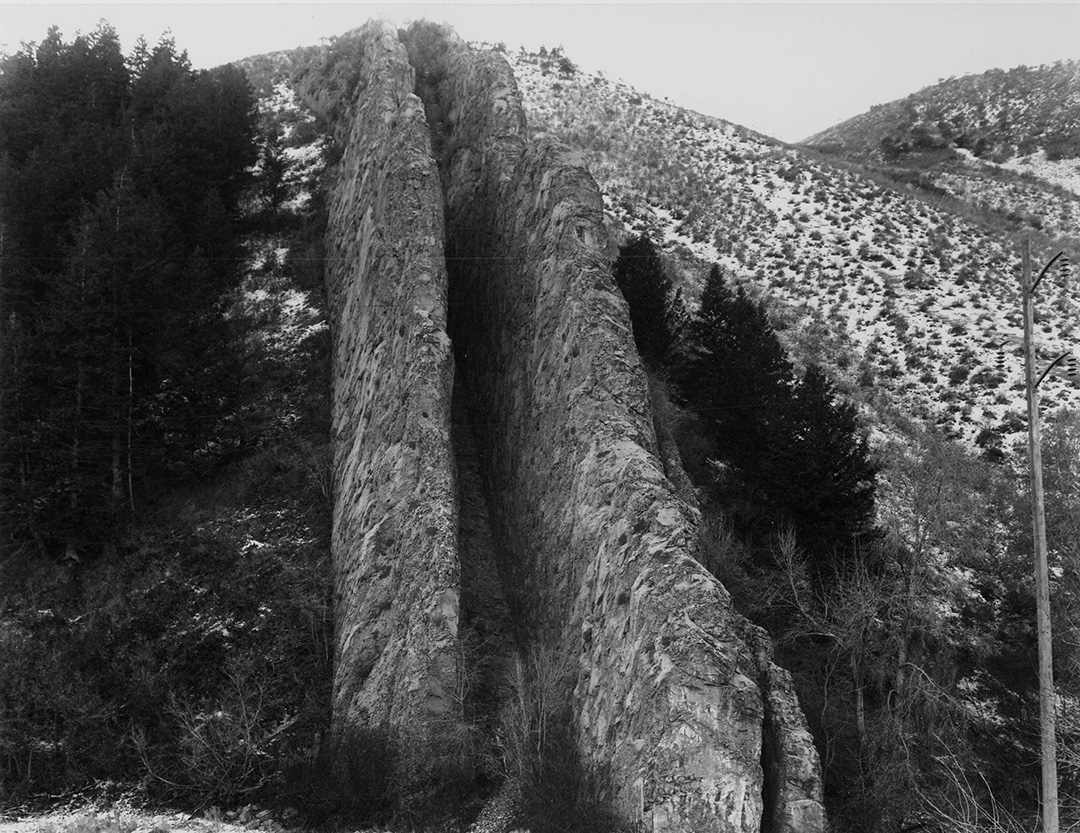 Mark Ruwedel is inspired by the 19th-century photographers whose images emphasized the glories of the west. In contrast, his landscapes are critical of such picturesque views of the new frontier. In “Pictures of Hell”, he layers history with a contemporary investigation of technology, anthropology, and colonisation. 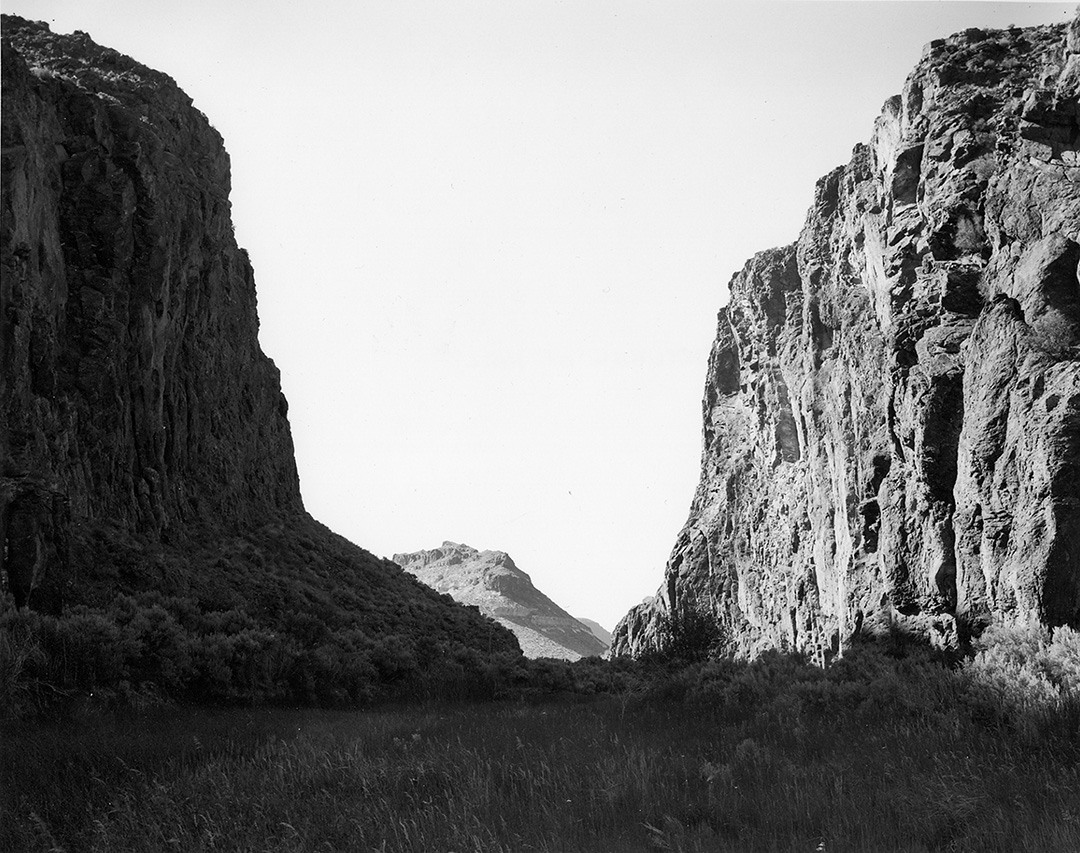 Devils Canyon, Hells Half Acre, Dirty Devil River: Mark visited all these places and more while creating the series “Pictures of Hell”. The work focuses on sites and places with the word ‘hell’ or ‘devil’ or some variation thereof in their names. 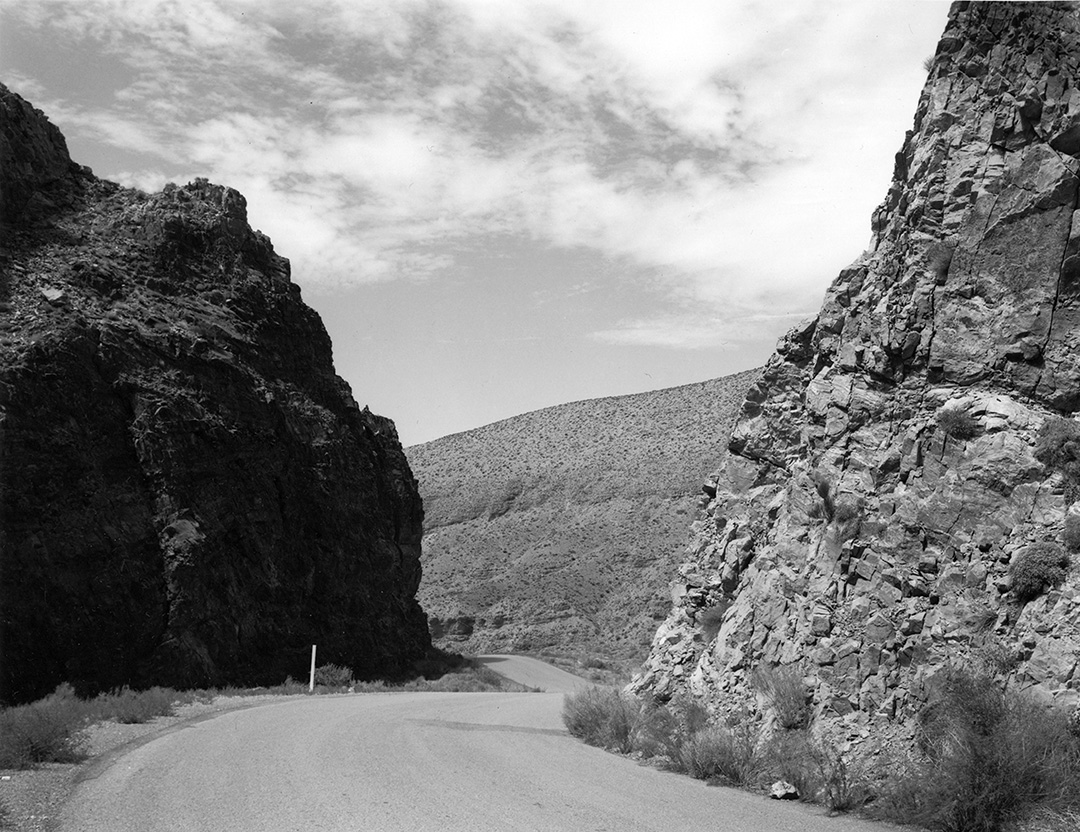 Place names evoking Satan and his dominion were imposed on the arid western landscape by Euro-American explorers and settlers, who considered it desolate wilderness, cursed, populated with heathens and demons. In literally and symbolically taking possession of these sites, the presence of Indigenous cultures was denied. 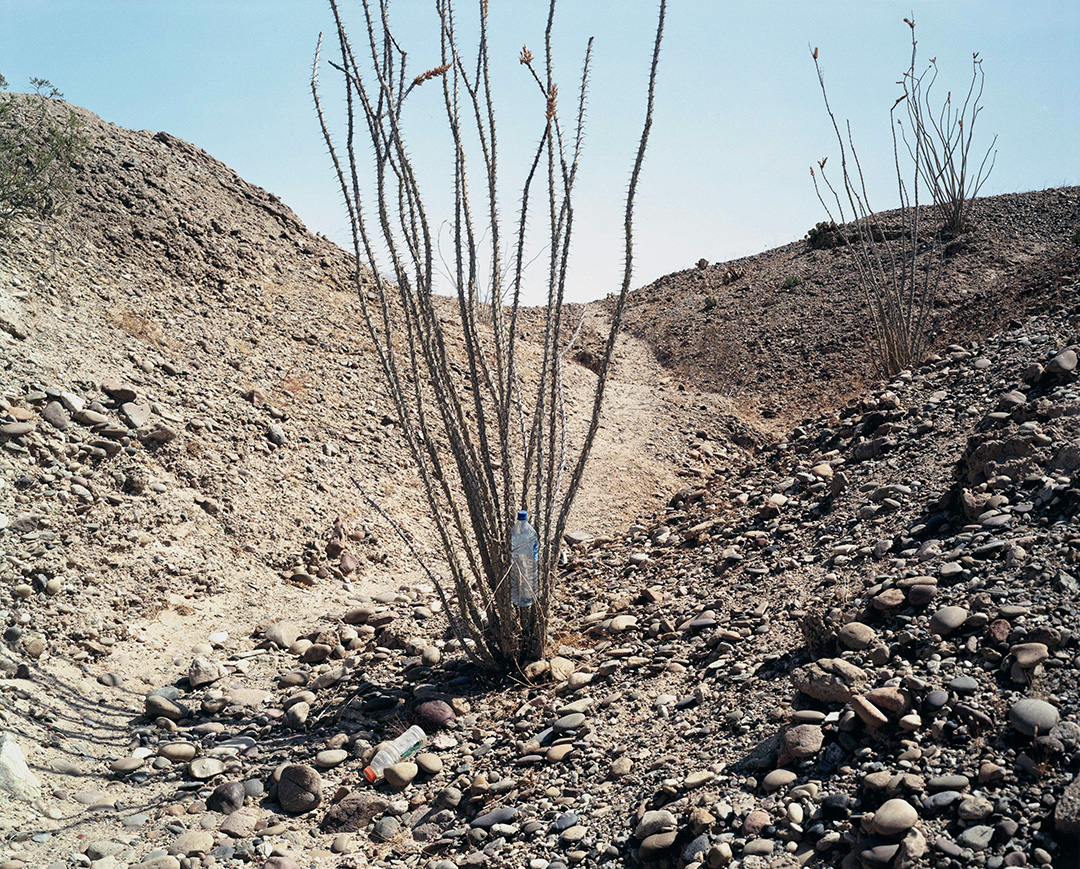 The desert has been a source of enduring interest to Mark Ruwedel, who searches both its uninhabited spaces and its cluttered areas for evidence of human presence. In his series Crossing we see a landscape littered with strange and incongruous objects: inner tubes, water bottles, passports, and single shoes scattered across the desert that encompasses the border between Mexico and southern California. While we don’t see the players in the drama, Mark’s photographs reveal the traces they left behind – both banal and poignant – while attempting to cross an invisible line in the desert. Mark walked miles along the US-Mexico border and photographed every object he came across, in order to tell the story of undocumented migrants attempting to traverse the border undetected. 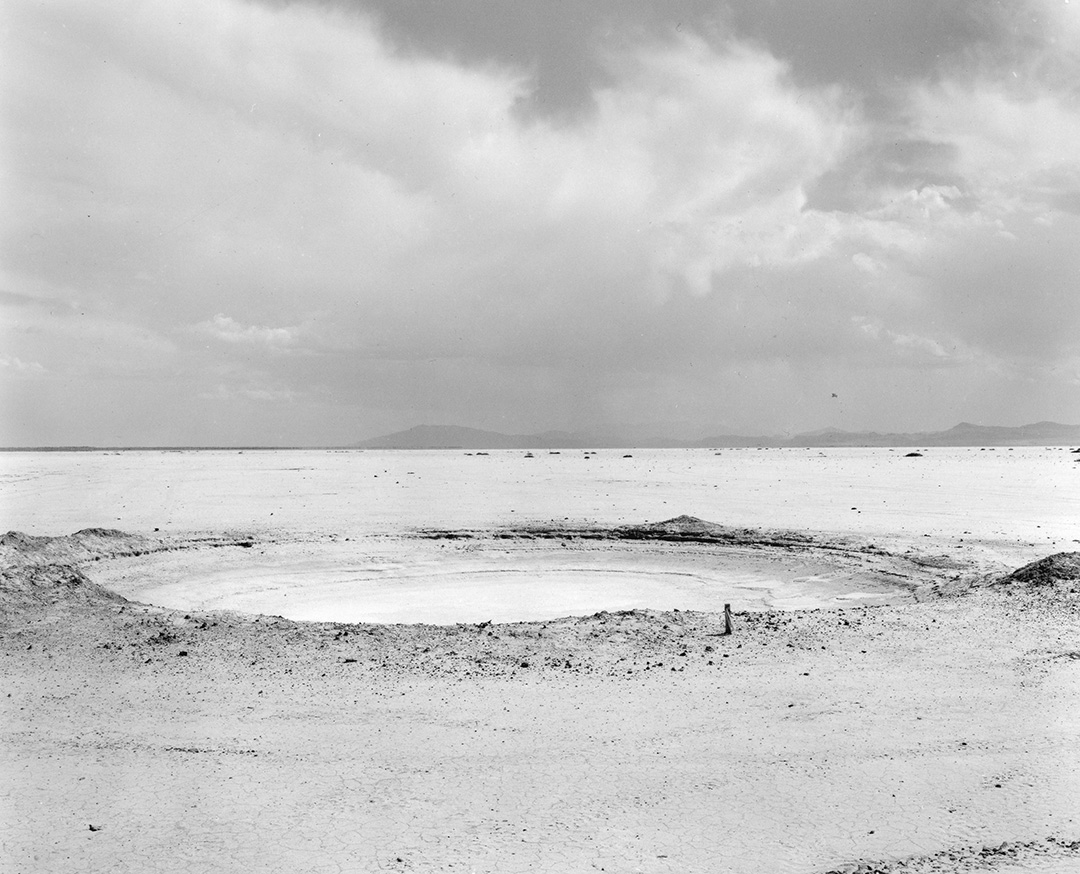 Mark Ruwedel’s extensive archive will be housed at Stanford Libraries where already 454 works have been received. In addition to its value for the study of diverse aspects of photography, his collection is also significant for the geological and human history in the imagery.

His various series foreground a host of historical, economic and political issues. The unbroken stretch of the Columbia River along the Hanford nuclear power works (“The Hanford Stretch”), the abandoned raised beds, trestles, and tunnels of disused railroads (“Westward the Course of Empire”), reforestation in British Columbia (“BC Coast”), and the remnants of America’s atomic bomb projects of the 1940s (“The Italian Navigator”) are but a few of Mark’s series in which the vastness of nature shares pictorial space with traces of civilization in a somewhat anxious truce.