The Just Past Of Photography In Vancouver

The exhibition, The Just Past of Photography in Vancouver presents a portrait of the city with photographs from the late 1950s through the 1960s. They document a significant time in the shaping of the city's identity, a period of intense optimism and instability. The exhibition animates the social aspects of photography through the images of five professional and amateur photographers; Bill Cunningham, Denes Devenyi, Fred Herzog, Dick Oulton, and Foncie Pulice.

Denes Devenyi is a photographer who has exhibited internationally. A self-proclaimed 'photo-philosopher', he taught creative photography and wrote a column for the journal Photo Life in the 1960s and 1970s. His portraits of local artists became a series called The Artist Observed, and the CBC commissioned his study of urban loneliness, called Lonely in Crowds.

Fred Herzog has been photographing the streets of Vancouver since the early 1950s, producing over 50,000 colour slides, some of which were sold to stock agencies. Herzog was, until his recent retirement, a medical photographer at the University of British Columbia, Over the years he has had many exhibitions and has taught photography at many levels.

Dick Oultan was a well-known Vancouver commercial photographer who opened his business in the late 1940s. In his studio he shot formal portraits and made stereographs. His work also involved documenting a wide range of activities, including wedding, interior design, nightclubs, wrestling matches, hairdressing championships, promotions and the hydroelectric facility in Kitimat.

Foncie Pulice ran his street photography business from 1946 to 1979. Using a large camera made from war surplus material and powered by a car battery, he positioned himself at the corner of Robson and Granville Streets taking photographs of passersby. The photographs could then be ordered by his subjects. He is repported to have taken over 20 million pictures. He lives in Kelowna, B.C.
Supported by the Canada Council and the Hamber Foundation

Saturday, April 16, 2 pm. | Photographers at Work, a panel discussion about photography in the 1960s with the curator and invited photographers.

The Just Past Of Photography In Vancouver

Catalogue designed by Geoff McMurchy and printed by Marine Printers. 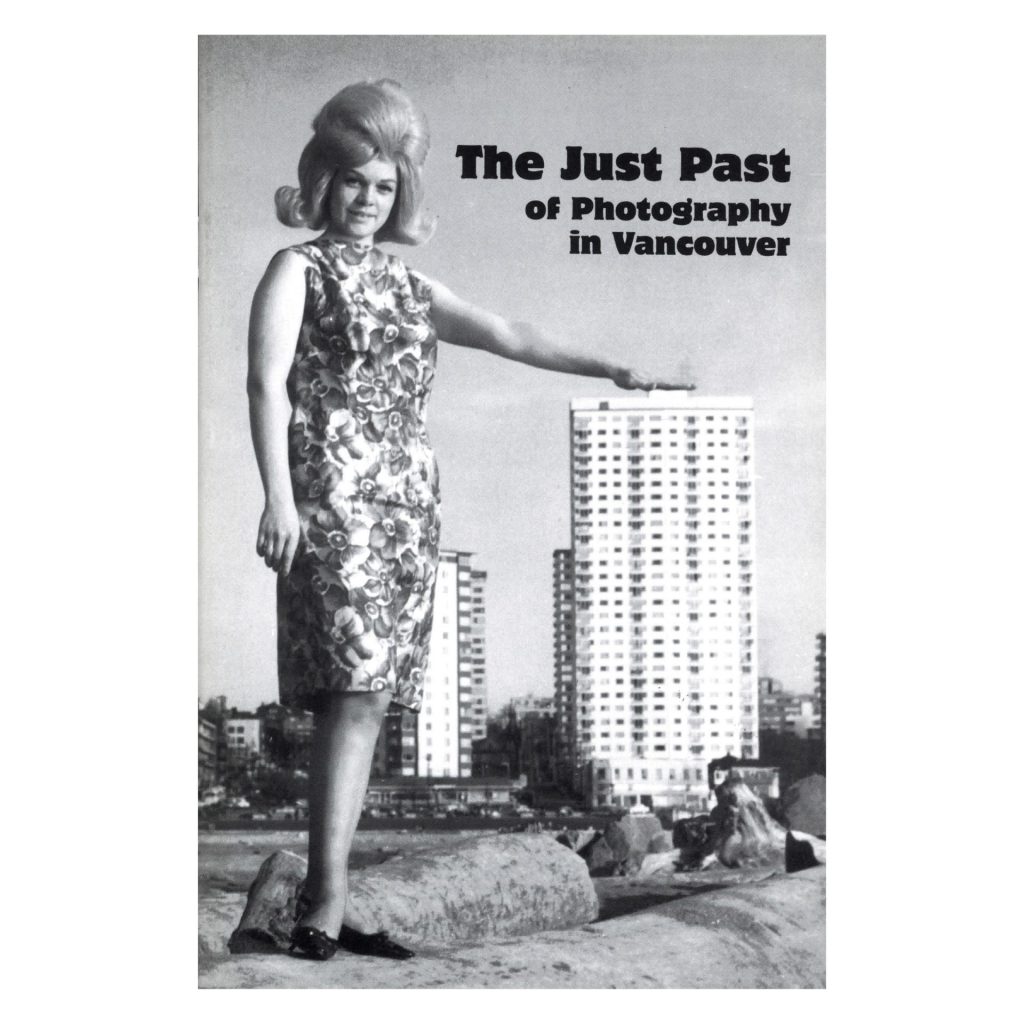 The Just Past of Photography in Vancouver