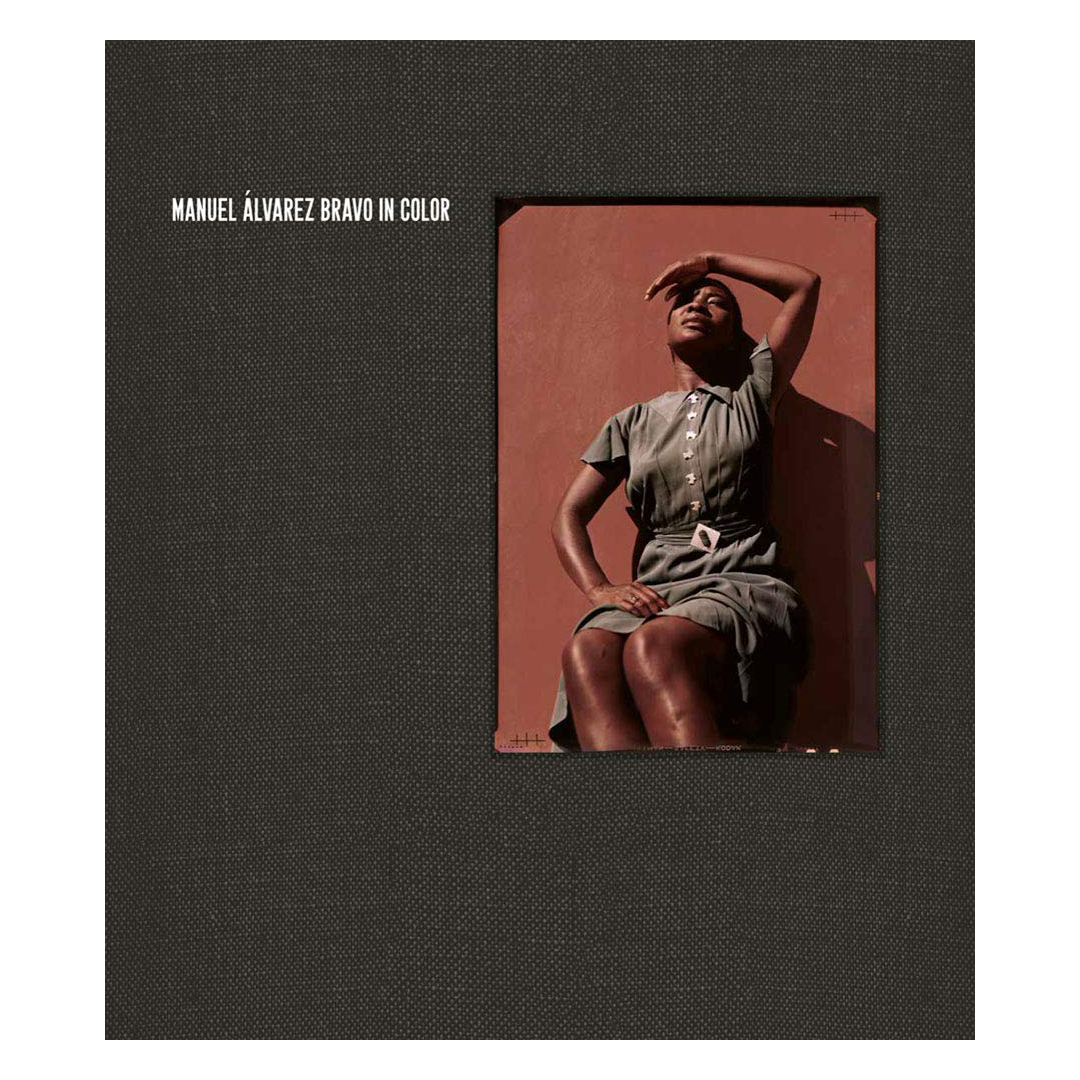 The little-known color photography of Manuel Álvarez Bravo, presented in a beautiful cloth binding with a tipped-on cover image.

Manuel Álvarez Bravo produced around 3,000 images in color over the course of his career, though he has tended to be better known for his black-and-white photography. In Color presents more than 80 of his most significant color photographs, many of them published for the first time.

A broad spectrum of subject matter is presented in this volume, including photographs of a piece with his familiar style and themes―Mexican culture, street life and countryside, formal portraits, nudes―as well as his little-known color experiments. These works in color greatly expand our understanding of his scope and abilities.

A key figure in 20th-century Latin American photography, Manuel Álvarez Bravo (1902–2002) was born in Mexico. Self-taught as a photographer, and influenced by avant-garde photography and (later) the Mexican muralist movement, he developed a very personal style that is now seen as marking the beginning of a true Mexican photography.