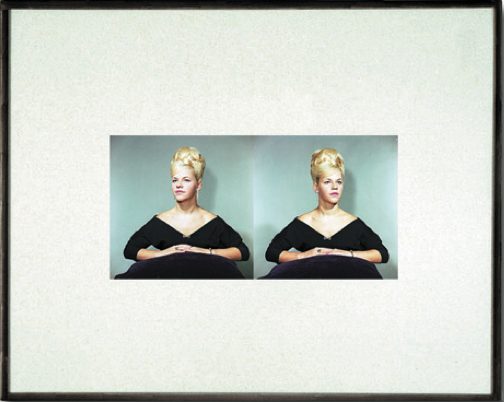 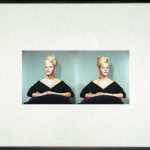 Richard (Dick) Oulton (1918-2000) was a commercial photographer who worked out of Vancouver from the late 50s to the mid 80s. He operated under a variety of names–Dick Oulton Studio, Dick Oulton Photography and Ricardo Photographic Services–advertising services for weddings, portraits, passports, photographic restoration and commercial photography. Located in downtown Vancouver, the studio was also his home until 1994. A bachelor who had an eye for attractive ladies and a flair for fashion, Oulton continued to photograph until his death.

With no heirs, the bulk of Richard Oulton's image collection was rescued by friends and subsequently came to the attention of Presentation House Gallery. A sample of his work was included in the 1994 exhibition, “The Just Past of Photography” in Vancouver, but the bulk of his archive, which contains thousands of unprinted negatives, has yet to be seen. It is a rich social and historical document of middle class life in Vancouver. Unedited with few 'final' images, the archive also reveals the photographic processes, client expectations, production methods, and obsolete technology of the period.

Oulton's commercial assignments took him out on location to document businesses and events including restaurants, store displays, parades, nightclubs, boxing matches, promotions, countless weddings, and beauty contests - however his forte was portraiture and glamour shots, usually of attractive young women.

This selection of Dick Oulton's photographs, which reveals the commercial and vernacular imperatives of his production, showcases the idiosyncratic power of his images. Restricted to particular genres and conventional formats, his pictures indicate a stylized sensibility and personal vision.