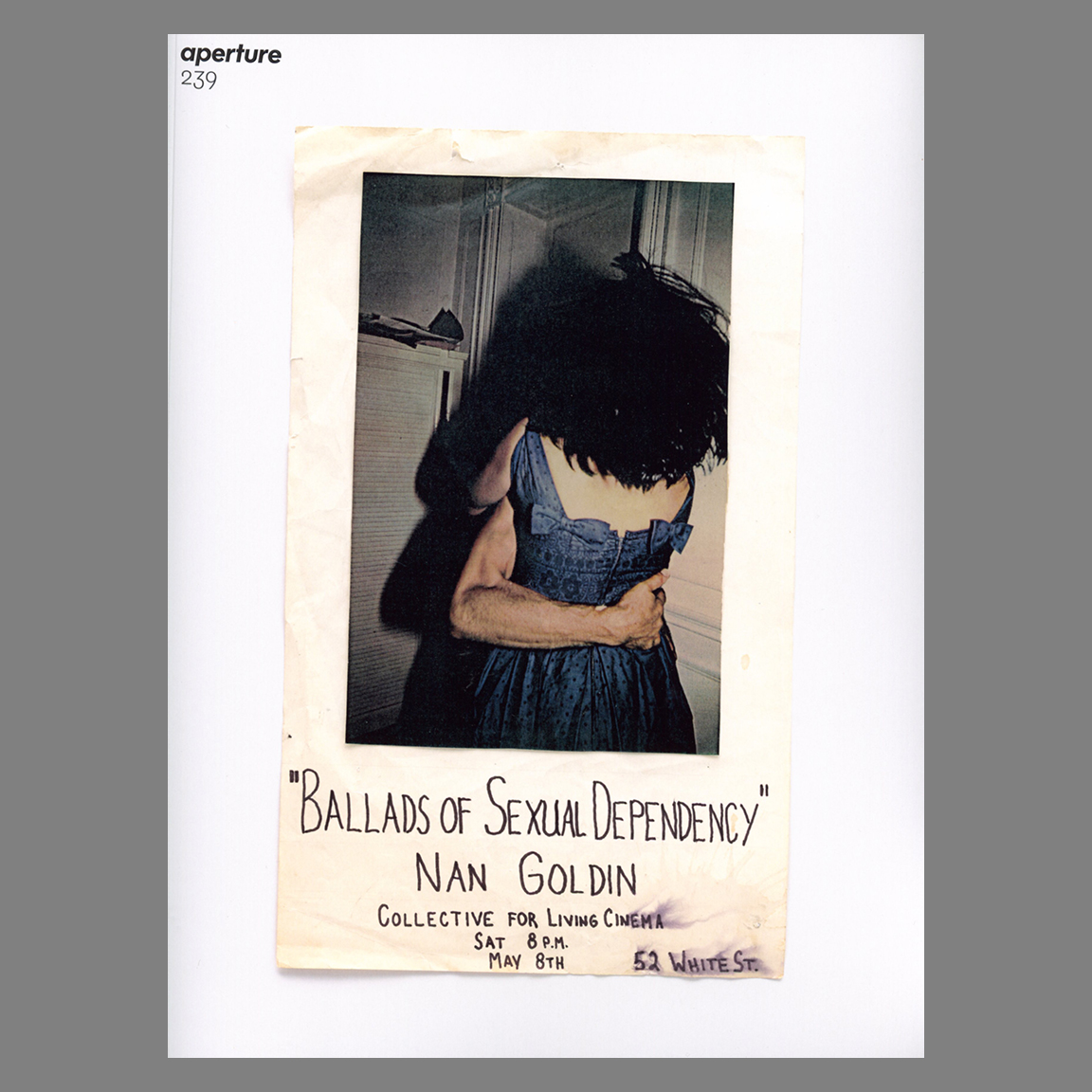 Few works have impacted the world of photography like Nan Goldin’s The Ballad of Sexual Dependency. This summer, Aperture returns to this iconic work with “Ballads,” tracing the dynamic resonances of Goldin’s images and activism across photography, film, and contemporary culture. Published by Aperture in 1986, The Ballad of Sexual Dependency, with its fresh, unflinching portrayal of the photographer’s circle of friends, dramatically changed the course of photography. Decades on, the series retains its searing power, influencing new generations of artists. Goldin herself remains a bold, singular force in our culture. Recently, she has taken on the Sackler family, shining a light on its role in creating America’s opioid crisis. Goldin’s trenchant activism is a reminder of the artist’s power to effect social change. The Ballads issue of Aperture magazine is organized around the themes contained within the original ballad―intimacy, friendship, community, love, sex, trauma, music―while also honoring the urgent role of the artist as a force for cultural and social change.